EVIDENT publication in the journal Nature

Study shows how the Ebola virus mutated and spread during the outbreak in West Africa.

Scientists funded by the EU Ebola research project, EVIDENT, have completed an international study that has been published in the journal Nature. The Ebola virus has claimed the lives of over 11,000 people during the last year in West Africa and concerns have been expressed that the virus might be adapting to humans and become more easily transmissible. Additionally, rapid virus genetic changes could mean new Ebola vaccines, therapies and diagnostics will be ineffectual against the modified forms of the pathogen.

The international team used blood samples from Ebola infected patients collected over a 1 year period by the European Mobile Laboratory (EMLab), which was the first rapid response diagnostics unit deployed to the outbreak epicentre in Guinea. The genetic fingerprint of each isolate was defined and compared using complex mathematical modelling that showed the virus was introduced into the Guinean population in December 2013 at a single source, which supports theories from epidemiologists. The data indicates that the genetic changes in the virus are not as rapid as previously reported and mutations in the viral glycoprotein, which is the target for immunotherapies and the new vaccines, are relatively small giving hope that new strains will not be resistant to these important interventions.

Professor Miles Carroll, the study lead, and Head of Research at Public Health England Porton Down, said, “I have witnessed first-hand the devastating social and economic impact this disease has inflicted on the West African region. It is a relief to understand that the true genetic changes of the virus should enable the new vaccines and treatments to be effective. However, we need to perform subsequent studies to address these questions, which will be performed by the EVIDENT project. The recent introduction of virus sequencing capability in Guinea by EMLab and collaborators at Birmingham University should have a significant impact on the way new cases are traced and chains of transmission are halted.”

The EVIDENT and EMLab co-ordinator, Professor Stephan Günther from the Bernard-Nocht-Institute, Germany said, “We need to ensure rapid response capabilities are maintained in West Africa. Many Guinean scientists were involved in the study and we are transferring new skills to them as an investment in the public health infrastructure of the region which will ensure the world is better prepared for the next outbreak. The rapid decision of the Guinean authorities to release the material to the EMLab bio-bank in Germany enabled this study to be completed.”

The genetic fingerprinting of the virus was performed by study co-authors; Prof. Julian Hiscox from the University of Liverpool and colleagues at the University of Bristol led by Dr David Matthews. The genetic analysis component of the study was led by Dr Mike Elmore (PHE), Dr Georgios Poliakis (Liverpool University) and Prof Andrew Rambaut (Edinburgh University). The financial support for the study was provided by a € 1.7 million grant (EVIDENT, the research arm of the European Mobile Laboratory) awarded by the European Union's Research and Innovation Programme, HORIZON 2020, via an exceptional procedure to support urgent Ebola research. 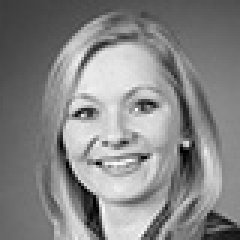