Fostering Productivity in the Greater Region: Kick-off for PRODPILOT Project

With a total budget of 2.1 million Euros, the INTERREG project "Productivity for SME in the Greater Region" (PRODPILOT) with six partners from Germany, France, Luxemburg and Belgium has officially started its activities with a kick-off meeting at the University of Applied Sciences (htw saar) in Saarbrücken, Germany, on May 3, 2018. Equipped with a co-funding of 1.2 million from the European Regional Development Fund, the project’s objective is to accompany small and medium-sized enterprises (SMEs) in the Greater Region in increasing their productivity and safeguarding jobs. At the end of the project, PRODPILOT aims at providing an online platform with a self-analysis tool to support companies in evaluating their productivity. The project is coordinated by the htw saar.

"Due to global competition, the production pressure has incredibly increased for small and medium-sized enterprises. In order to safeguard jobs, businesses have to increase their productivity and to implement innovation activities," said Professor Dr Thomas Korne from htw saar and PRODPILOT coordinator. "A funding project for the Greater Region is particularly useful as a lot of resident employees work on a cross-border basis and will profit from competitive companies in the Greater Region."

In the course of the project, 30 SME use cases will be carried out. PRODPILOT partners will design a sound analysis to evaluate the initial situation in the companies, collect data and define parameters for productivity. Subsequently, a plan will be elaborated to boost their productivity and to exploit the innovation potential in the production. The businesses will be accompanied by PRODPILOT during the innovation processes – for example in the field of automation and digitalisation.

The companies for the use cases will be selected by a jury of experts. PRODPILOT especially targets businesses in the automotive industry and in the fields of machinery and systems engineering, environmental technology and logistics.

Apart from the use cases and the online platform, PRODPILOT has the goal to initiate innovation processes in the production through an award. "In order to raise awareness for productivity potentials in companies in the Greater Region, PRODPILOT will initiate an award for increased productivity," explained Patrick Schackmann, Managing Director of ed-media and responsible for the establishment of the PRODPILOT productivity award. "The awardee will then serve as best practice example to illustrate how innovation processes can boost productivity in the Greater Region."

PRODPILOT has a total budget of more than 2.1 million Euros for four years (01/04/2018-31/03/2022). The European Regional Development Fund co-finances the project with around 1.2 million Euros; the funding is provided in the frame of the support programme INTERREG V A of the Greater Region in the axis "Increasing the competitiveness and attractiveness of the Greater Region" (Die Wettbewerbsfähigkeit und Attraktivität der Großregion steigern). 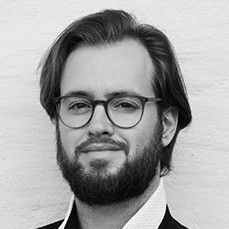