The new EU research project AGENT (‘Activated GEnebank NeTwork’) aims to unlock the full potential of the biological material stored in gene banks around the globe by introducing a new international standard and an open digital infrastructure for the management of plant genetic resources. Targeting a better integration of existing genetic material into modern breeding programmes, the project will make an important contribution to global food security and the adaption of staple food crops to changing climatic conditions worldwide. The AGENT project’s objectives will be exemplified using barley and wheat, but the generated data management processes could be applied to other crop collections in the future. Over the next five years, the 19 project partners will receive EUR 7 million funding from the European Union’s Horizon 2020 framework programme.

While first gene banks to preserve the genetic diversity of crops for future generations were established as early as the mid-1920s, a total of about 7.4 million accessions are stored in more than 1,750 gene banks across the world today. However, as procedures and standards for managing the material differ in each country, the true potential of the stored resources for breeding and research often remains unknown.

In order to provide access to this valuable information and enable the integration of existing plant genetic resources into modern breeding programmes, the new EU research project AGENT aims to establish a long-term network of actively cooperating gene banks and convert them from passive seed repositories into active digital resource centres – the activated gene bank network (‘AGENT’). Through the collection and analysis of genetic and phenotypic information, coupled with the establishment of an IT infrastructure for linking them, the consortium seeks to establish a new international standard for gene bank management and the verification and systematic genotyping of plant genetic resources.

"Since the establishment of gene banks, large amounts of invaluable genetic resources have been exchanged between institutions around the world, leading to redundancies between the collections", says Prof. Dr. Nils Stein from the IPK in Gatersleben, Germany, who coordinates the project. "Within AGENT, we want to take stock of the resources currently available in EU regional gene banks and ensure that all countries can use these genetic resources in a complementary way. One of the real innovations of the AGENT project is that gene banks located in the different European climate zones will collect phenotypic data for a part of their genetic resources based on an evaluation network. This information will then be used to predict phenotypic values for the larger collections by integrating information based on the genomic fingerprints previously collected".

The AGENT project, which is funded by the European Union with EUR 7 million, has a planned duration of five years. From May 2020 onwards, the partners will take the first joint steps towards fulfilling their ambitious project goals. The AGENT research team chose to work on wheat and barley as examples because of their global importance as staple food crops, but also because existing data sets for these plant species are already quite extensive. While the participating gene banks will start to evaluate and prepare their plant genetic resources, the bioinformatics teams will kick off the development of the database infrastructure to collect and integrate the data and make it available to the users.

So far, AGENT comprises 19 institutions including 14 gene banks and research institutions with extensive expertise in the field of plant genetic resources, as well as five bioinformatics centres aiming to advance the international discourse on bioinformatics tools in the field of gene banks. In view of the project’s size and scope, its initiators are positive that further international partners will join the network in order to contribute to linking plant genetic resources and making the data more accessible to researchers and plant breeders worldwide.

Bringing together partners from 16 different countries, the AGENT consortium will kick off its activities with a first virtual project meeting on 18 May 2020. During the videoconference, the work packages leaders will outline their main objectives and milestones and exchange about measures for the successful interconnection and interaction between the work packages. In order to encourage other gene banks to participate from the very start, special emphasis is put on the project’s outreach activities, including scientific conferences and workshops as well as targeted online communication measures.

The Eurice team is involved in AGENT as management and dissemination partner and contributes to the successful implementation of the project goals by supporting the consortium in all aspects of project and innovation management as well as strategic dissemination and communication activities. 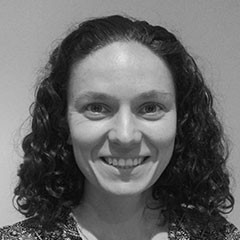